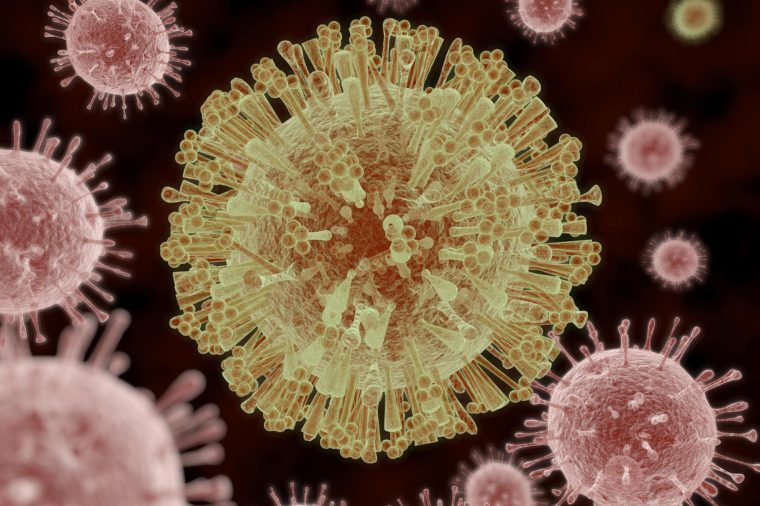 AuntSpray/ShutterstockYou might not have heard of Zika until 2016, when the CDC issued a travel alert for places known to have the virus. Particularly concerning was the fact that the Zika virus was linked to microcephaly, a birth defect in which the baby’s head is smaller than normal. The virus is transmitted by a bite of the Aedes aegypti mosquitoes. Despite the outbreaks, it’s quieted down significantly in 2018. Why? There’s one Zika virus, and you can only get it once. That means people who have already been bitten by infected Aedes mosquitoes are immune, limiting its spread, says Aldstadt. As of May 2018, only 21 cases had been reported in the United States all year, and none were from U.S. mosquitoes—all of those infected had been traveling to affected areas, according to CDC data. Learn why one company decided to release 20 million mosquitoes in California. 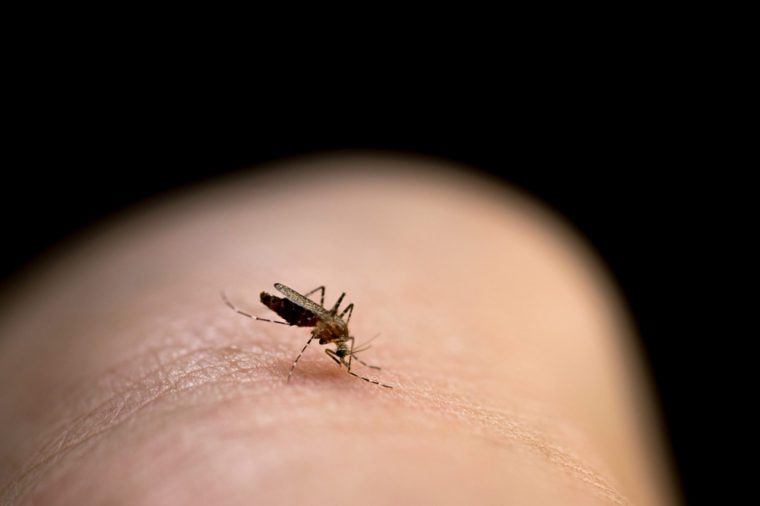 SIM ONE/ShutterstockThis virus is found all over the United States. The good news is that 80 percent of those infected have no or few symptoms. If they notice the infection, the symptoms will be flu-like (fever, headache, body ache); the body usually fights off the virus itself, without treatment. For an unlucky few, West Nile can be life-threatening, because the virus can cause encephalitis and meningitis. 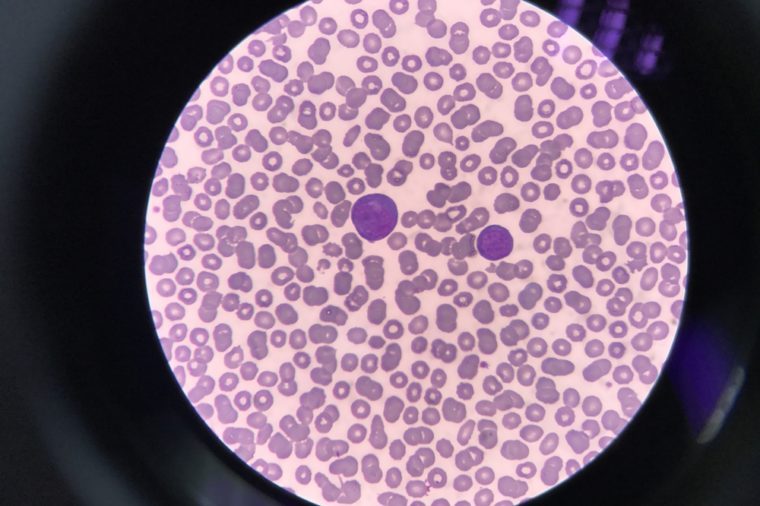 Jeephotoghapher/ShutterstockThere are four dengue viruses, explains Aldstadt, so getting it once won’t protect against future infections. While the same mosquito species that carries Zika also spreads dengue, people in the United States are rarely at risk unless they travel. Occasionally dengue pops up in the United States, but only in Florida, Hawaii, and areas along the Texas-Mexico border where these mosquitoes thrive, Aldstadt says. Still, transmission is sporadic and doesn’t reach endemic proportions. The disease is a leading cause of death in tropic and subtropic regions, and 2.5 billion people are at risk for dengue in Asia, Africa, and the Caribbean. If you’re traveling to a place where dengue is endemic, avoiding mosquito bites is your best bet; there’s no vaccine to prevent the virus. Here are 9 immunizations and medications you’ll need before you travel. 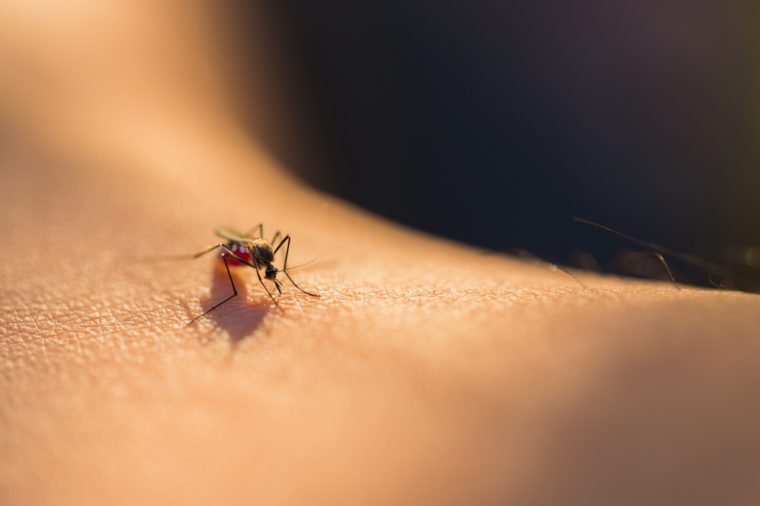 Lab Photo/ShutterstockThis virus—also from the Aedes aegypti mosquito—causes sudden fever, headaches, and joint pain, which can persist for years. Unfortunately, you can’t prevent or treat chikungunya, which is most commonly found in Africa and Asia, although cases have turned up in the Caribbean and mainland United States. Protecting yourself from bites is your best course of action. Try growing some of the 8 plants that naturally repel mosquitoes. 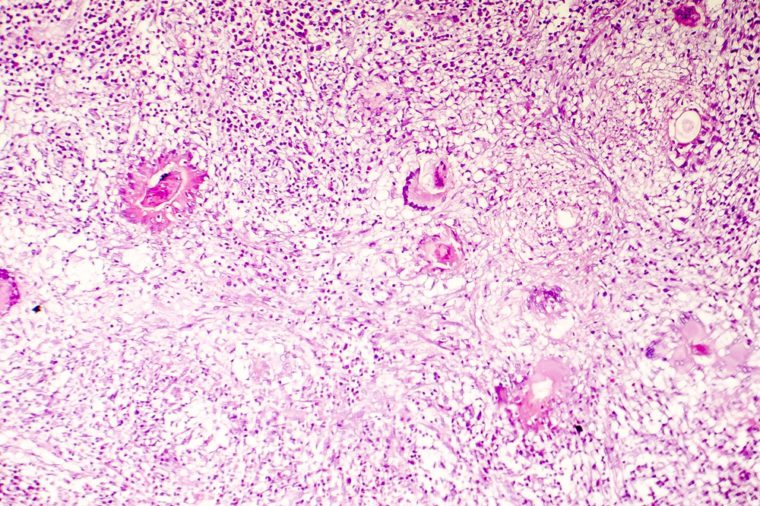 Kateryna Kon/ShutterstockThis rare virus infects seven people a year on average, according to the CDC. The areas of the country most commonly affected include Eastern and Central United States. Encephalitis is inflammation of the brain, and elderly people tend to be at highest risk for complications. Two other types of mosquito-borne encephalitis that pop up around the country include La Cross encephalitis (LACV) in wooded areas in Central and Eastern United States, and Eastern equine encephalitis (EEEV), a danger to people who live in swampy areas.

There’s something unique about mosquito encephalitis 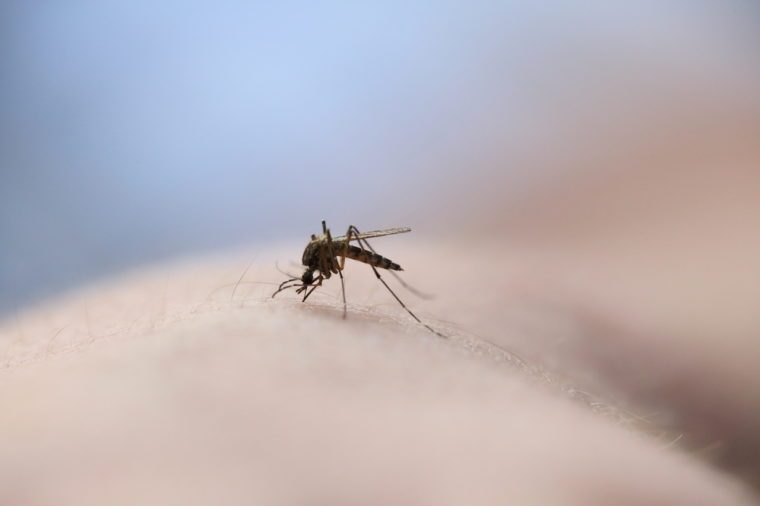 Kamieniak Sebastian/ShutterstockThe primary food source for the mosquitoes that transmit encephalitis isn’t humans. For instance, mosquitoes pick up SLEV through birds, while LACV is from chipmunks and squirrels. If these skeeters were to bite you, it’s more of an accident, says Aldstadt. And although they can transmit the disease from an animal host to you, a mosquito that bites an infected human won’t transmit one of these viruses to another human, he notes. (We’re called a “dead end host.”) Thankfully, the lack of human-to-human transmission means these illnesses are unlikely to ever become epidemics. Don’t miss these 12 mosquito-borne diseases you need to know about. 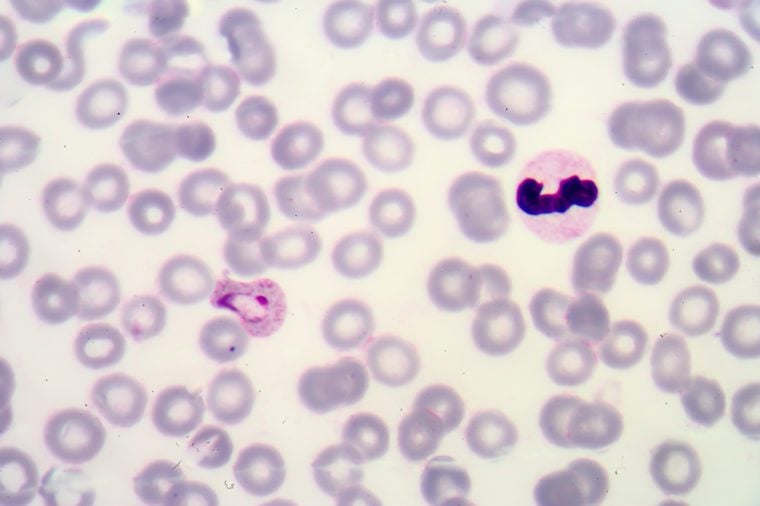 toeytoey/ShutterstockForty percent of the world’s population is at risk for malaria, according to the WHO. Most of the cases are found in Africa; the disease spread by Anopheles mosquitoes is almost nonexistent in the United States. If you’re traveling to a place where the flu-like illness is rampant (like sub-Saharan Africa), ask your doctor whether malaria prevention medication is necessary, and purchase it in the United States before leaving, advises the CDC.