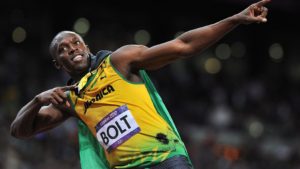 Probably the most recognizable Jamaican today, Usain Bolt, born in 1986, is a sprint runner who is considered the fastest person in history. He is the first runner to hold world records in both the 100 meters and 200 meters. He set a world record in the 4 x 100 meter relay along with his teammates as well. He is the current Olympic champion in these events and is the first to win six Olympic gold medals in sprint. He won the 100 and 200 meter titles in consecutive Olympic Games in 2008 and 2012. His 9.58 second 100 meter time in 2009 broke his own previous record and is the highest achieved since the beginning of automatic time measurements. He is also the highest paid athlete in track and field history.

THE MATING HABITS OF THE COMMON HOUSEFLY

What is pest control